WHAT: Latino artists perform together to raise funds for THE ETERNALLY UNDOCUMENTED, a documentary about Central American refugee youth, families, and LGBTQ community fleeing the violent consequences of the U.S.-funded Drug War in El Salvador, Honduras, and Guatemala

VISUALS: The performers sing live, and the trailer of the movie will be released and shown during the concert. The film’s director and producer will be available for interviews.

LOS ANGELES – New-folk singer-songwriter Lupita Ye y La Refalosa comes together with Pepinos Eclécticos, Conga Poet, and Tres Generaciones in a Mothers’ Day concert on May 8 to raise funds to finish production of the film THE ETERNALLY UNDOCUMENTED, a chronicle of refugee families and community fleeing the violent consequences of the U.S.-funded Drug War in El Salvador, Honduras, and Guatemala.

The mothers, children, youth, and members of the LGBTQI community featured in the film speak out about the violence they faced and fled, and about the unjust treatment, including violations of due process that they received at the hands of U.S. immigration authorities and the Obama administration. After months of incarcerating them in detention, and despite the condemnation of community members and more than 160 members state congressmen, the Obama administration on Jan. 2 moved to deport 121 mothers and children back to their inevitable deaths. Researchers say at least 83 deported youth have been murdered since this human rights crisis made national headlines in 2014.

The Migrant Mothers’ Day Concert celebrates and pays homage to these families and individuals while raising funds so they can share their stories of resilience in the film THE ETERNALLY UNDOCUMENTED. Jennifer Amparo Cárcamo, the film director, as well as producer Pilar Galvéz, will be available for interviews during and after the concert.

“My parents had to leave El Salvador because of the instability, violence, and poverty created by U.S. intervention in Central America,” said Carcamo, a young Salvadoran filmmaker. “Now, mothers, children and LGBTQI community are being forced to migrate for the same reasons. My goal with this film is to deepen our own understanding of the root causes of forced migration and to start a conversation within our community about what we can collectively do to stop it.”

The Human Rights Alliance for Child Refugees & Families is a coalition of grassroots organizations, scholars, and community members who share a collective objective to mobilize in support of our migrant youth, children, and families that are directly impacted by forced migration to the United States. For more info, visit http://www.refugeerightsnow.com/. 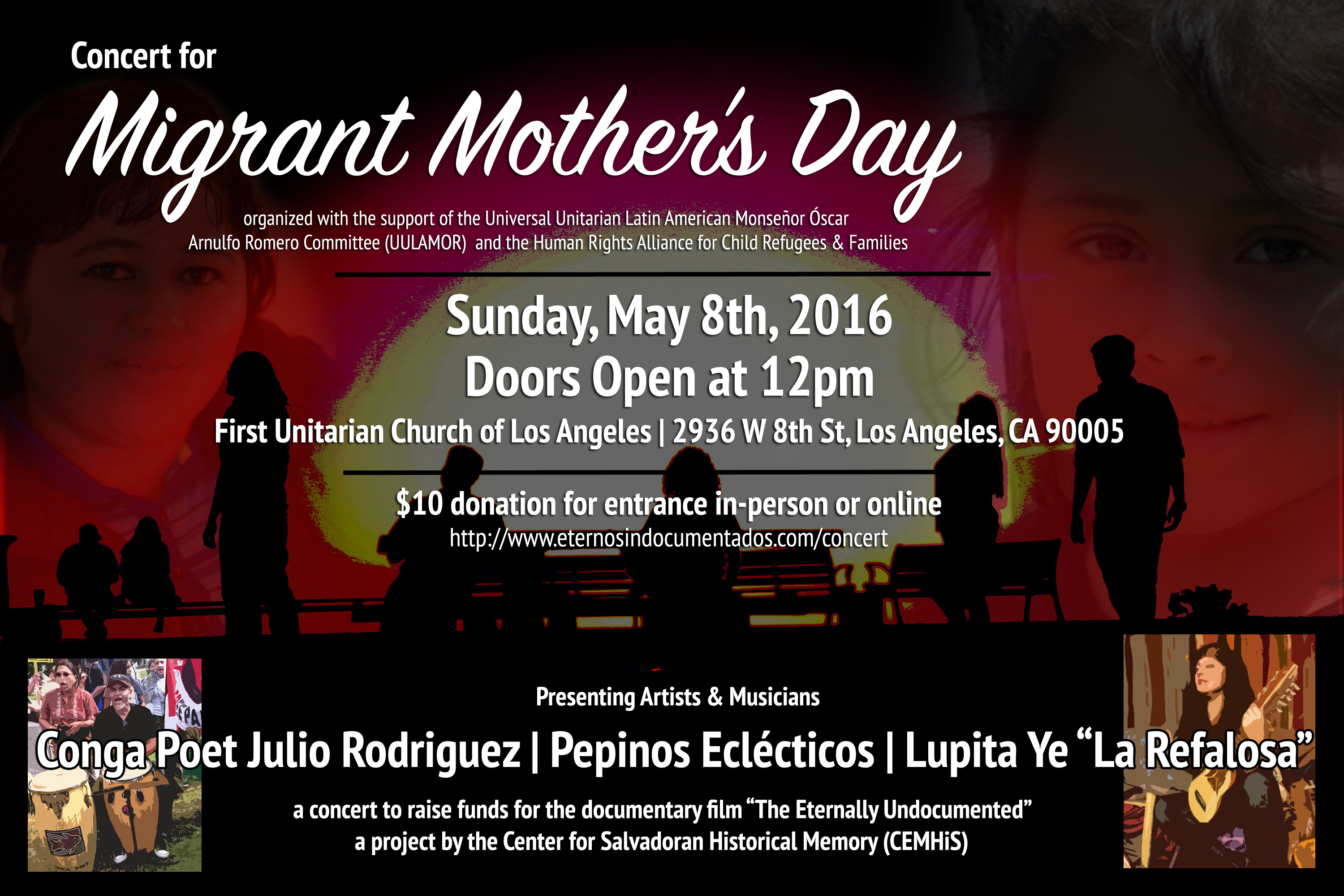